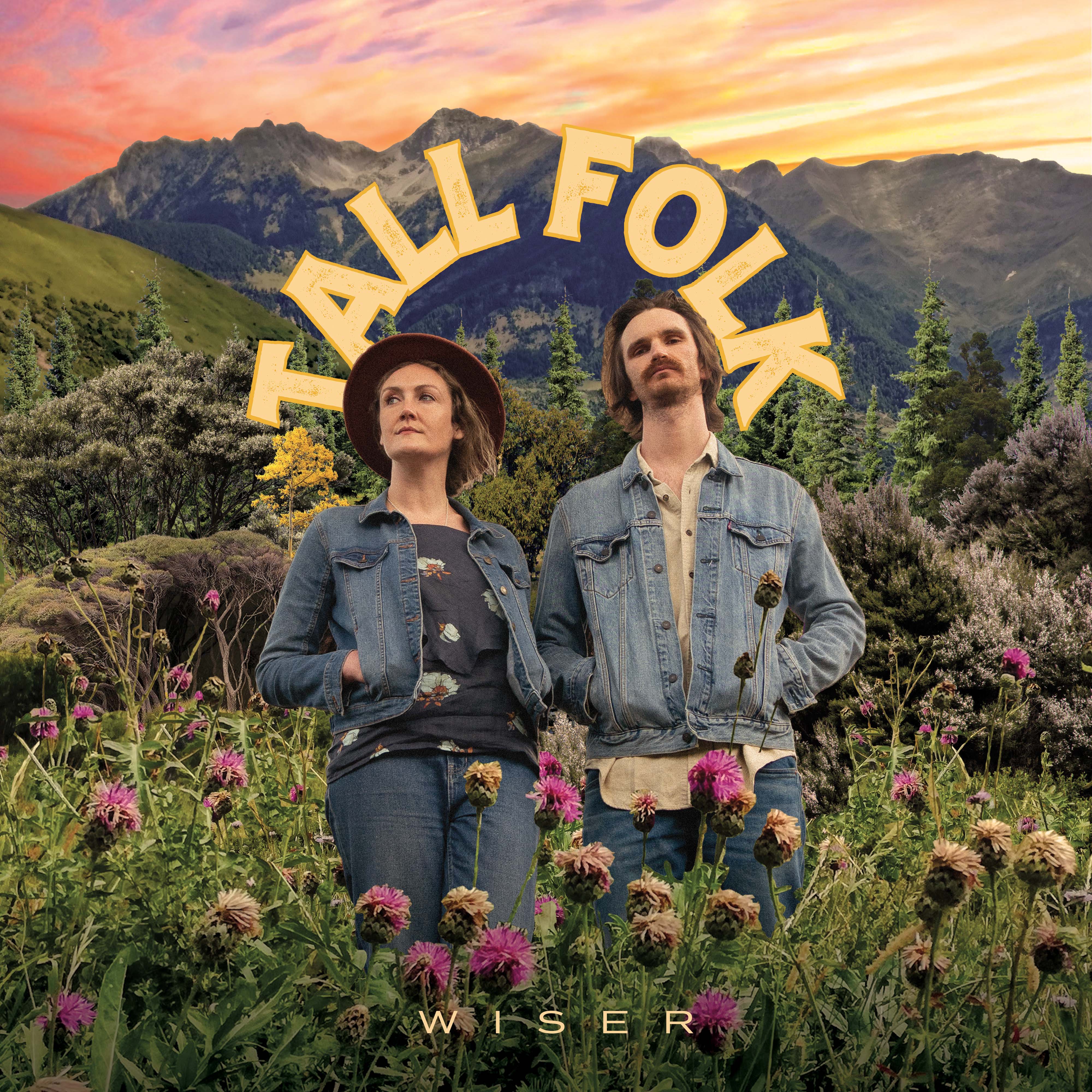 Lara is from a long line of long legs. Jack is an extension of generations of long necks. Together, with their long limbs and swirling harmonies, they are Tall Folk. As an US-American import, Jack brings song-writing and Midwestern twang hardened in Americana tradition. Lara softens and juxtaposes the raspy edges with warm, resonant harmonies established through years embedded in the Dunedin folk scene. On June 25, 2021, they released their debut EP recorded in a Catlins’ bach with the assistance of Dunedin rocker Michael Morris, followed by a short tour of Otago and Southland. Keeping the wheels a-turnin’ on the rail, they recorded a full length album in July with Tom Bell at Chick’s Hotel in Port Chalmers with the aim to ring in the new year with its release.

From the comparatively upper stratospheres of human heights, Tall Folk write from a bird’s eye view of political and social turmoil, lined with remnants of the goodness that keeps us all moving. They will be accompanied by a handful of the most talented local players they could sniff out to take their live set to new heights for Dunedin Craft Beer Fest.